This week's theme on My Sexy Saturday is family and love--appropriate for Thanksgiving week. However, back in the  thirteenth century, Thanksgiving didn't exist.

But family and gratitude did.

In this snippet from Viking in Tartan, Rhona Kilbirnie finds gratitude in the happy turn her life unexpectedly has taken.

And that eve, Da joined them, reciting the solemn but joyous words that would bind her to her Viking warrior forever. She glanced around. Their Great Hall wasna so great, but on this afternoon the servants had outdone themselves. They’d cleared away the remains of the previous night’s revelry and decorated every table, mantel and window ledge with fresh evergreen and holly boughs. Their fragrance and bright berries lent a festive atmosphere to the ceremony. Pale moonlight struggled through the few arrow slits uncovered by tapestries.

A fire crackled and glowed, fed by the great Yule log that smoldered in the hearth. She was relieved to notice that because the storm wind had died down, the chimney didna smoke—for they were standing in front of the hearth for the short ceremony.

Clearly aware of the event’s importance, Erland had cleaned his boots, combed his long hair and shaved with a borrowed razor. He had found the largest plaid available and, with her brother’s help, had pleated it into a kilt and wore it belted atop immaculate linen borrowed from her da. The shirt almost fit, Da having gained more than a little weight as he’d aged.

Everyone had washed and was clad in their best. She’d done her part, choosing
her finest cyrtel for the event. ’Twas fashioned of a soft red wool that looked especially well with her dark hair and eyes.

Erland looked down, caught her glance and smiled gently, in keeping with the solemnity of the occasion. She smiled back, her heart warmed, her pride swelling. Her man was an unexpected treasure. He’d already shown he could defend as well as love her. And he’d managed to get on with Da and Keith, despite his Viking heritage.

What would their bairns be like? Though she was still a mite sore, she could scarce wait to have Erland again and begin their new life.

How everything had changed in less than a day! She found it hard to remember she’d been willing to die rather than be joined to a man she detested. Indeed, she had promised herself she’d never wed, would never allow herself to be used as a pawn in her da’s schemes. And she hadna. Fate had chosen her man. 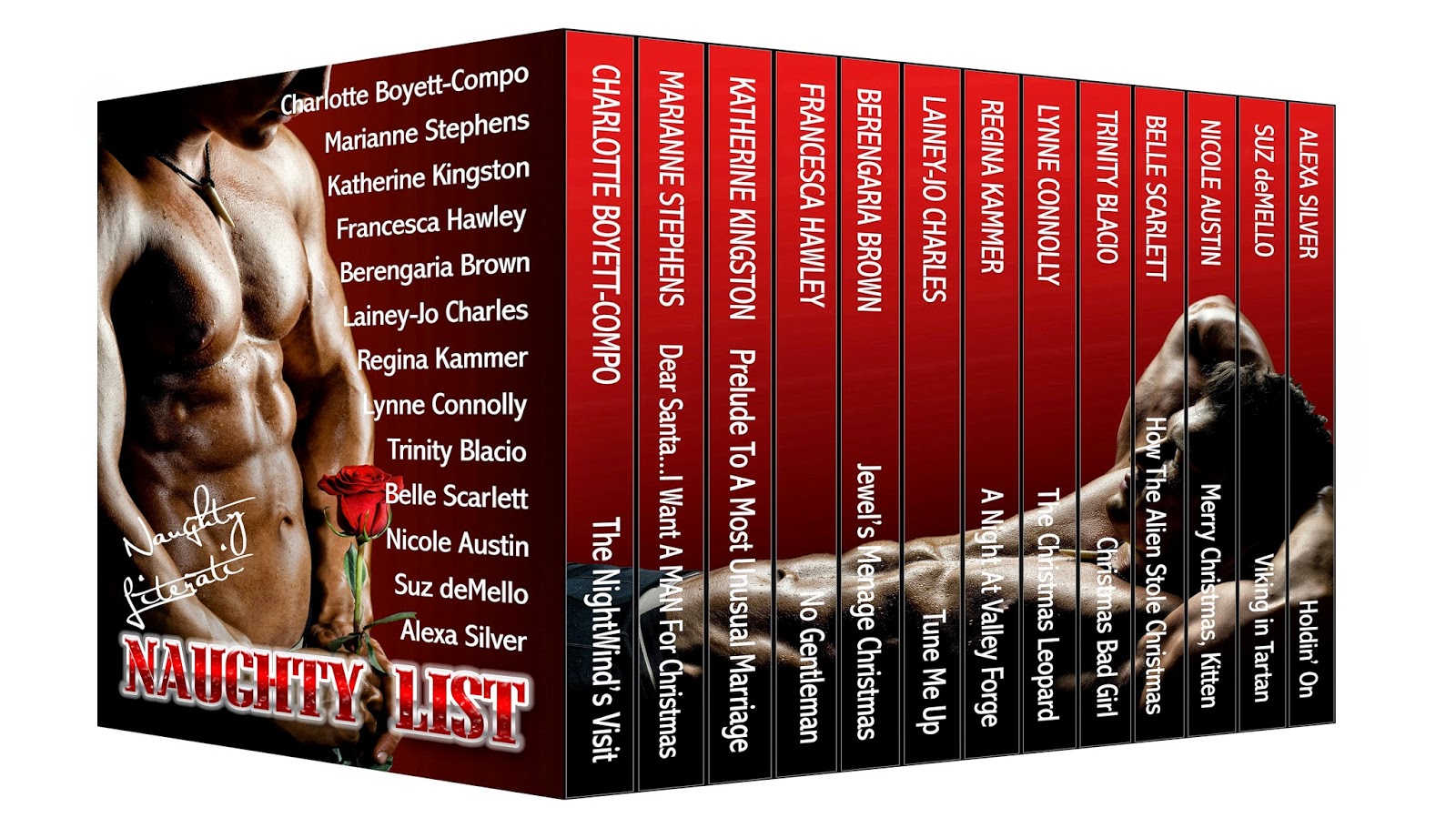 Viking in Tartan is part of the Naughty List boxed set, forthcoming on December first! Preorder now to lock in the low low introductory price of $.99

Remember, this is a blog hop. Find other authors' sexy snippets here: