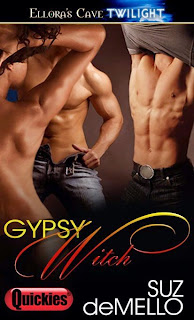 This is a blog hop! Find other authors' hot encounters here: http://www.bookboyfriendscafe.com/2015/08/document.html
Posted by Suz de at 12:00 AM No comments:

It's a Cover Reveal! Circling Back by Amanda Young, available August 10

A second chance is only the beginning...

Stella fled home at seventeen with a broken heart, an unplanned pregnancy, and a vow never to look back. Twenty years later, she has a career she enjoys and a solid relationship with the child she placed for open adoption. When that child goes in search of her birth father and calls for assistance, Stella is forced to return to her hometown and face the men who broke her heart, one of whom fathered her child.

Gavin and Holden raised a lot of hell as teenagers. They broke the law, broke their mothers' hearts, and almost broke each other before they finally got their act together. Through all the ups and downs, they stuck by each other and managed to build a happy life together. The one thing they couldn’t do was forget the woman they’d loved and lost. 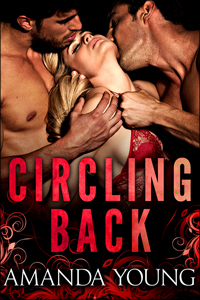 Forced to face the past and each other after so many years is no small feat. The trio does their best to make amends and put the past behind them while forging new bonds. Old feelings are rekindled and new emotions emerge from the ashes of their youthful indiscretions. Something remarkable could be on the horizon if they’re strong enough to navigate the pitfalls of a triad relationship and stand strong against the outside forces conspiring to bring them to their knees.

To celebrate the new artwork for Circling Back, Amanda is offering a $10 Amazon gift card to one lucky reader. Just enter using the Rafflecopter below and the winner will be notified by email on August 5th.

Thanks so much for having me on the blog and sharing my hot new cover with your readers! Have a great day!

About the author:
Amanda Young lives in with her husband, daughter, and two pampered pooches. When she’s not writing, she can usually be found chasing after a mischievous toddler or daydreaming about the characters in her next book. She loves to hear from her readers, and can be found on Facebook and Twitter. Her website, www.amandayoung.org, is where you can find up-to-date information on all of Amanda’s current and upcoming releases.