I also enjoy designing my covers, but because I'm offering this as a freebie, I didn't spend much time on it. Hopefully it gets the point across, enticing the reader to download the story.

So what's it about, you ask?

And what did readers think of the previous editions? 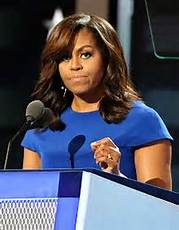 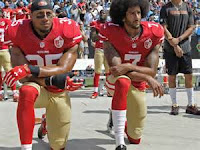 I'm running a Thunderclap to support Temptation in Tartan, and one of the purposes of this blog is to ask you to help out.


And here's the book and its blurb:

She has to marry a monster.

Rumors have followed the chieftains of Clan Kilborn for centuries. Said to be descended from the Viking berserkers, they are ferocious in battle, known for tearing off the heads of their enemies and drinking their blood.


But English noblewoman Lydia Swann-Williston will marry Kieran, Laird Kilborn, to bring peace to the Kilborn lands after the horror of Culloden and the brutal pacification. A widow, she also brings needed wealth to the clan. For her part, eighteen-year-old Lydia wants children. With her husband killed at Culloden, she will make a new life in the Highlands.


The old chieftain of Clan Kilborn also died in battle, and Lydia hopes the new young laird will lack his ancestors' ferocity.

But I'm not only concerned about getting enough supporters but to compare these two promo devices. Both are "crowdspeaking" platforms. When you enlist supporters, each presses a button that permits their system to tweet or post about your book (or any other product or message) at exactly the same time. The object is to create a "disturbance in the Force," i.e, to get your book or product trending.

So which should you choose?

Both are free. However, Thunderclap will not allow a user to change a date without a steep charge: $55. Plus, 100 participants is the minimum required for a T'Clap to drop, and if a user doesn't garner enough participants, all the effort required to get even 99 is wasted.

Kickstarter suffers from the same issue. If a user doesn't hit the monetary goal, all funds pledged are lost. That's the reason Indiegogo has been so successful.

Headtalker seems the better platform. No minimum number of supporters necessary, and a shorter lead time--one day as opposed to three, though in reality people will need at least a week or two to get enough supporters to make the effort pay off.

Hope this info helps other authors as well as others with products to flog. Good luck!