After their night of passion...from Viking in Tartan

My assignment from TPTB at Book Boyfriends Cafe is "the morning after." Breakfast in bed would be too predictable for most of my characters, especiallly if they hailed from thirteenth-century Scotland.

This selection is from Viking in Tartan, which is found in the best-selling boxed set, the Naughty List. This is a group of winter holiday stories, and mine takes place on Yule, 1260. In the story, the arrival of a Viking raider spells change for little Clan Kilbirnie, especially for the headman's daughter.

As you might imagine, the Viking and the virgin spend a passionate night together. And what happened the next day?

Her other swain came to call.

They dressed, Erland in his customary black—a rough tunic, trews and 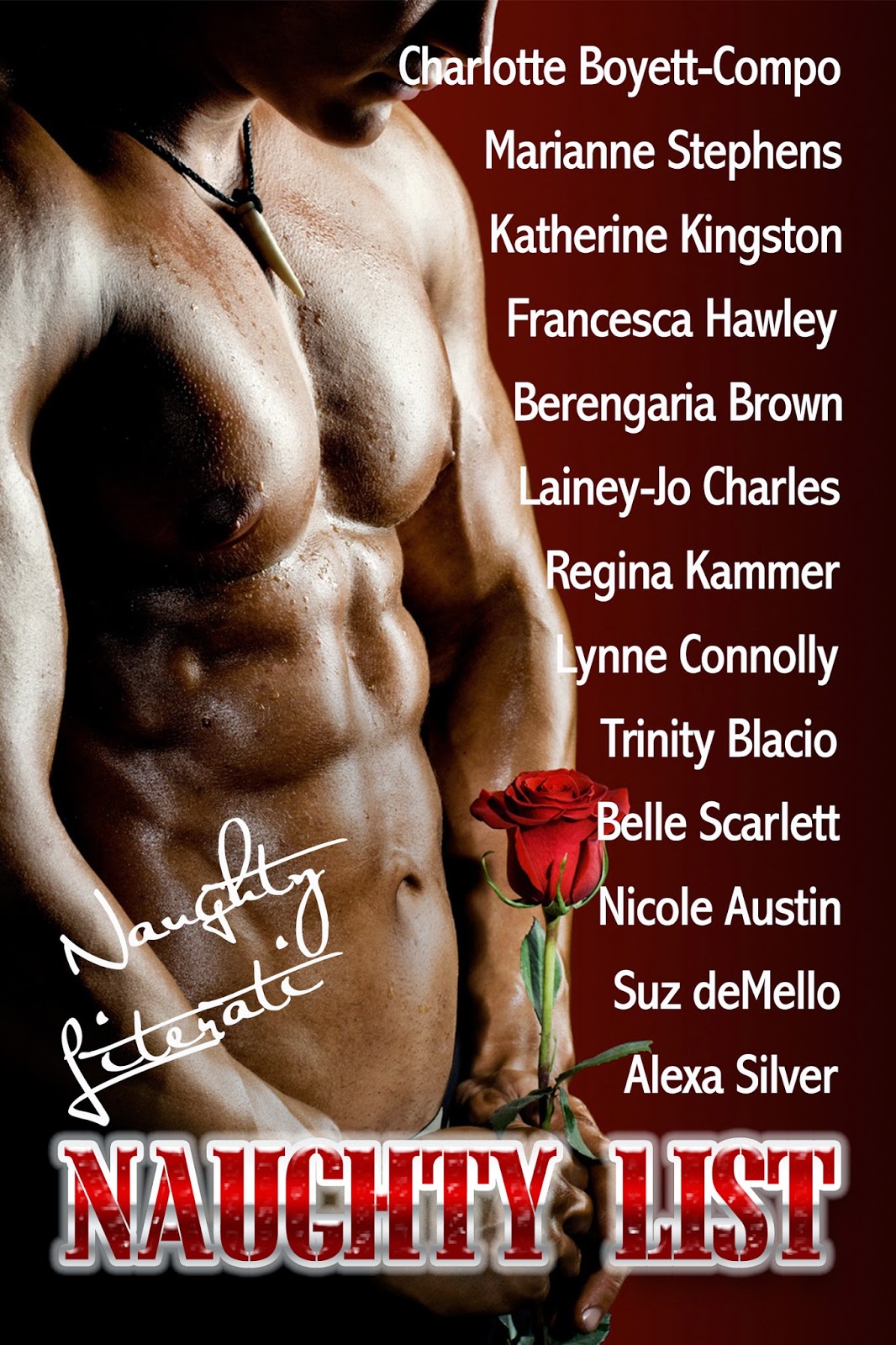 boots, with a short sword scabbarded in his belt. Rhona’s pleated chansil smock was embroidered around the neck and hem, and her cyrtel tightly woven green wool. He hadn’t doubted her word that she was the local laird’s daughter, but her clothing, despite their dampness and salt-stains, proved her honesty.

He led the way out of the cave and into the thin daylight. The storm had passed, and the sun struggled through low-hanging fog to glitter off the weapons of a half-dozen warriors surrounding the cave’s mouth.
Energy shot through his veins. He shoved Rhona behind him and snapped, “Get back in there and do not come out ’til I say.”
White-faced, she obeyed without protest. He advanced, dropping one hand to his sword’s hilt. “Who threatens me and my lady without cause?”
“Without cause?” One of the warriors broke from the group. He was protected by a bronze chest plate over a tunic and black trews, and wore a plaidie of red, white and green wrapped around his shoulders. Erland recognized the pattern. Stuart of Bute.
So this was the swain his lady had risked death to flee. Bute’s narrow, cruel eyes and seamed face contrasted with full, almost girlish lips. Though he seemed fit, he was indeed older, and certainly Erland could defeat him in a fair fight.
But fights were rarely fair. He shifted his gaze to the rest of the group. Some wore bows slung over their shoulders, less helpful in close quarters. But all wore swords.
Erland tugged on his ear. Six against one. Not great odds, but not impossible. Mayhap he could improve his chances. “I challenge you for the lady’s hand.”
Bute snorted. “I wouldnae have the whore on a golden platter.”
Erland sprang at him, seized his head and with a mighty twist, wrenched it off.

If what you've read intrigues you, buy it here:

Remember, this is a blog hop...find other talented authors' writing here:
http://www.bookboyfriendscafe.com/2015/01/hot-for-friday-hot-morning-after.html
Posted by Suz de at 12:00 AM