Today my sexy snippet is coming to you with a little bit of editorializing. Okay, a lot.

For a while now--since the Fifty Shades trilogy attained prominence--there's been a steady stream of online bloggers and critics dissing the books...and for good reason. They're poorly written and edited. Fifty Shades is basically a Harlequin Presents with sugar kink.

Let's look at the main characters, for example. Ana Steele is a perfect Harlequin heroine: still a virgin while about to graduate college (ridiculous--do you know anyone like that???). She is so immature she appears to have some sort of disorder. Even though male after male in her life is attracted to her, she's so sweet and modest that she's unaware of her sexiness. And  she's immediately, deeply and irrevocably attracted to the "hero." This is also a characteristic of the typical Harlequin heroine, even though artificial conflicts are created to provide some kind of story line. Otherwise the books would be over before they've properly started.

The "hero." Ah, Christian Grey. Volumes have already been written about his abusive behavior. He stalks Ana, forces her to ditch her friends, especially her male buddies. He pressures her into a kinky relationship she is too emotionally immature to handle.

Skimming only two or three Harlequins will reveal the strong similarities between Grey and the basic Harlequin alpha male. The macho guy who's really a broken child inside. Fantastically wealthy at an absurdly young age--has anyone else noticed how millionaires are no longer acceptable romance heroes? Billionaires only in this club.

When I was writing for Harlequin/Silhouette, I would go through the books and highlight what appeared to be necessary character notes of the H&H. Her virginity and innocence. His contrasting wealth and sophistication. Her blushing confusion. His Rolex, limos and private plane. I've employed all these tropes.

Setting aside the cliched characters, the writing is poorly edited, if it was edited at all. Here's an discussion of one craft aspect with an analysis from one of my writing manuals, Plotting and Planning:

For many, creating paragraphs in fiction—that is, dividing parts of a scene or interaction into manageable bits—is such an obvious process that it doesn’t need discussion. (Non-fiction is completely different and beyond the scope of this treatise). In Starting From Scratch, Rita Mae Brown doesn’t discuss paragraphs in fiction at all. I also had thought it was fairly easy until I encountered Fifty Shades of Grey, which contained selections like the following:

“Very well, Mr. Grey,” she mutters, then exits. He frowns, and turns his attention back to me.

“Please, don’t let me keep you from anything.”

Normally, when we write interactions between people, the actions, words, and thoughts of each person are grouped in separate paragraphs. When we switch people, we create a new paragraph. So this selection should have been written thusly:

He frowns, and turns his attention back to me. “Where were we, Ms. Steele?”

Oh, we’re back to Ms. Steele now. “Please, don’t let me keep you from anything.”

What’s the reason behind this convention? So the reader can know who’s thinking and talking, we place the identifying dialog tag along with the dialog. Often we may not need a tag at all, when only two people are interacting. The convention makes this possible. Readers know that when a paragraph ends, the next paragraph belongs to another character.

The bloggers and critics who slam Fifty Shades are mostly romance and erotica authors. And more than a little of our resentment is that old bugaboo, professional jealousy.

And who can blame us? It's hard to feel all warm and cuddly about E.L. James' success when she so obviously does not deserve the millions she's raking in. The writing is so bad that she clearly did not spend the years that most of us do developing our craft. We feel she doesn't deserve her success, at least not based on the books. All of us have an early manuscript that should never see the light of day, let alone publication. E.L. James' has, and it's a massive bestseller. It's galling.

I once wrote about professional jealousy that it has at its root cause an unhealthy interest in others. I still believe that. I know nothing about E.L. James. She is completely irrelevant to me. Her success does not equal my failure--in fact, the popularity of her books could increase the popularity of mine.

And she could be the happiest person in the world or one of the most miserable. I don't know.

But what I do know is that I have been the target of resentment because of my "success." Imagine that! A floundering midlist author the object of professional jealousy! Blew me away, too.

It happens that the time I noticed that was when my father was dying. I was stunned that anyone would be envious of me.

The lesson? The woman we resent for her success may be the most distressed and tortured human being walking this planet. We just don't know--it's our nature to put on a brave face while inside we're screaming in pain. It's also our nature to compete, but we must learn to maturely deal with the emotions that result from competition. 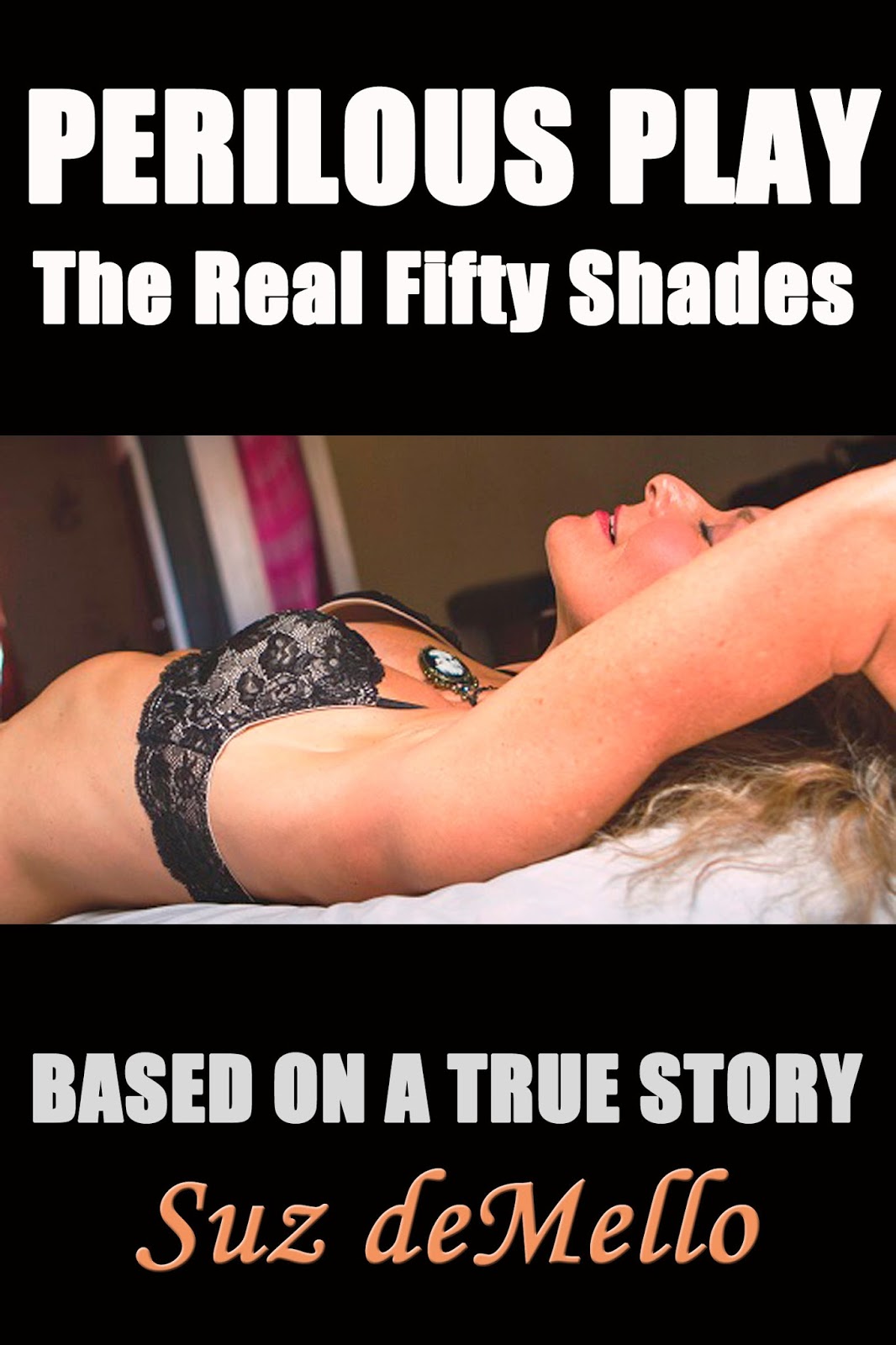 And this has been a very lengthy introduction to my sexy snippet. Perilous Play is a memoir that's only lightly fictionalized to conceal the names of a few of the characters, most notably, the anti-hero. I call him Trapper Hart, and here's how we met. The scene is set when I attended law school.

BTW I was not a virgin.

One day, mentally drained after a con law midterm, I left the classroom to find a tall, well-built guy lingering outside. Smiling, he engaged me in conversation, and I tried to seem really interesting because, articulate and attractive, he was everything I looked for in a man.

He didn’t ask me out right away. We started our friendship in the library, where he’d bring me cappuccinos—wet with extra foam, and treats—he knew I liked double fudge brownies with nuts.  He’d found out what I liked, and I luxuriated in the notion that he really cared. I didn’t know this man well, but he had a knack for getting under my defenses. I’d had numerous boyfriends, and none had ever bothered to discover my cappuccino and brownie preferences.

If you want to read more, find the book here:

If you want to read Plotting and Planning, find it here:

Both are only 99 cents. Don't get me started on the devaluation of books

because so many of us underprice our writing. I've been forced to jump on that bandwagon and resent it more than I resent E.L. James' success.

Remember, this is a blog hop! Find other writers' sexy snippets here:
http://thenuthousescribblers.blogspot.com/p/sexy-snippets.html