The Naughty Literati have done it again! 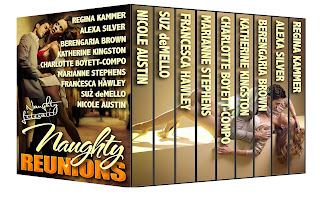 And publishing five boxed sets in less than one year is one hell of an accomplishment!

Here's an excerpt from my story, Ocean Dreams. It was a departure for me--I've never written a dolphin shifter story before. The Naughty Literati boxed sets have been that way for me--because they're short stories, they don't represent the year-long time commitment that a full-length novel does. I've been free to experiment, and have written in subgenres I hadn't before expeored--FemDomme, recent history, new adult.

Ocean Dreams is about Sandi, a marine biologist who discovers that her old friend Blue is a not just a cute dolphin.. Here's a snippet from their first encounter. 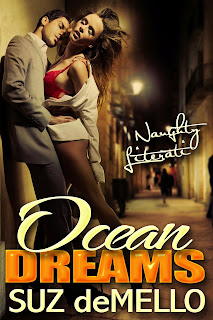 And if you have not entered our contest for a Kindle Fire, do that now!

Enter To Win A Kindle Fire Loaded With Books
Posted by Suz de at 12:00 AM