Say "Hey, good to see you again" to the new Queen of Shadows by Suz deMello (#scifiromance #iamwriting)

I've often mentioned one of the great joys of epublishing--an indie author can get her rights back to books published by a traditional publisher and repackage them as her own.  And so it is with Queen of Shadow, a book that appeared originally with Liquid Silver (I think) and then went through editions with Totally Bound and Ellora's Cave, where it was presented as Queen's Quest.

When I decided to indie publish it, I contacted April Martinez, the cover artist who created the original cover--I loved it and felt it expressed the themes, characters and story very well. I was lucky enough that she still owned the original files, and recreated the cover beautifully: 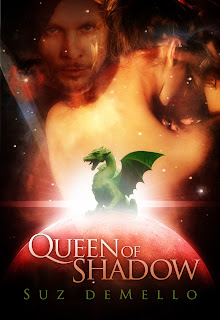 But what's it about, you ask?


Looking for the next GoT? Here you are.

Janus is a planet which lacks both tilt and spin, and the Shadowlands are the pewter band of dusk dividing its violently hot Lightside from the Darkside, imprisoned by eternal night. Because of the peculiar conformation of the planet, birthrates are low and indiscriminate mating encouraged.

Audryn, Queen of Shadow, has reached that time in her life when she must choose a King to rule with her or fail to bear an heir, casting not only her realm but all of Janus into chaos.

Despite her duty, she is reluctant to share power, even a bit distrustful. Janus’ nobles vie for Audryn’s hand. Although she enjoys trysting with all her suitors, none seize her heart.

I wrote Queen of Shadow while I lived in in 2006-07. I was coming out of a dark period of my life during which my father and eldest brother died, my dearest friend from childhood committed suicide, and my marriage fell apart. I also had endured writer’s block for several years.

Queen of Shadow brought me out of my personal darkness and into light. I hope her story does the same for everyone who reads it. 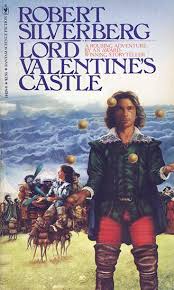 While I hadn't read GoT when I wrote QoS, there are many similar elements, but there are differences. I took an idea I'd gathered from my interest in history--a Royal Progress--and combined it with the "tour of a strange planet" storyline that Robert Silverberg had used in Lord Valentine's Castle, one of my fave books.

I had also seen a sci-fi TV  movie in the 90s--can't remember the name--that had used the conceit of a planet that, like our moon, has a lightside and a dark side, always turned away from the sun. I wondered what kinds of societies would evolve under those conditions.

What reviewers said about the older editions:

“sexual elements that can set your eyebrows on fire…”

“The Planet Janus all but leapt off the pages and into my imagination…
Suz deMello has done a wonderful job…
an extremely satisfying read."
ParaNormalRomance.org

Here's where you can score your copy: