Three of my best romantic suspense novels are discounted to 99 cents throughout the month of September!

THESE ARE ALL
FULL LENGTH NOVELS! 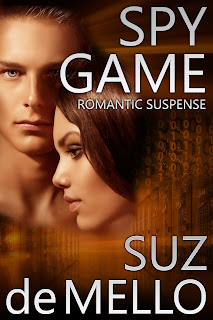 More from the PW review:

"Cyber geek meets seductive spy girl in this feverish Silicon Valley thriller... Half-French, half-Algerian Ani Sharif, whose parents were murdered by extremists 10 years earlier when she was at a private girls' school in Algiers, has joined the United States Security Agency. On her first undercover assignment, Ani must uncover who's selling Defense Department cyber secrets to foreign governments.

The prime suspect is Richard "Baby Rex" Rexford of Rexford.com, where Ani lands a programming job by playing the part of an opportunistic cyber pirate. Her mission is to hack into Richard's home laptop and locate incriminating evidence. What she doesn't bargain for is falling in love with this possible traitor.

an unusual blend of romantic suspense and cyber crime." 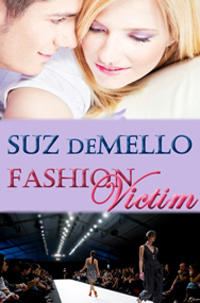 "...sex, danger, and fashion in this fun...romantic suspense novel that will appeal to readers of traditional romance as well as
fans of sexy mysteries like
Janet Evanovich's Stephanie Plum capers."
--Booklist 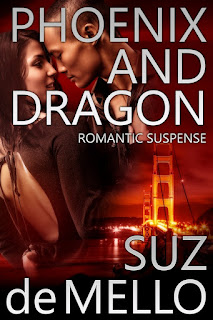 Tough, clever and beautiful, biracial detective Liza Bowman struggles with a San Francisco kidnapping case until she finds the victim’s secret sex diary, which reveals that the young female vic went to a bar dressed in scanty, red leather and read The Story of O. She hasn’t been seen since.Liza recklessly imitates the vic’s last known location and activities and falls into the hands of James Li, the most notorious whoremaster in the city. Wealthy and handsome, James has already crossed paths with Liza—
when she dared to arrest him.In James’ view, reading a famous bondage novel in public is a blatant come-on, and he’s eager and ready to give his nemesis what she wants.

HAVE A SUSPENSEFUL SEPTEMBER!