May is Maybe Baby Month here at The Velvet Lair!

I've enrolled my sweet romance, Secret Father, on KU which makes it FREE for KU subscribers. Plus, I'm running a promo special sale later this month when the book will be discounted to 99 cents for every reader! 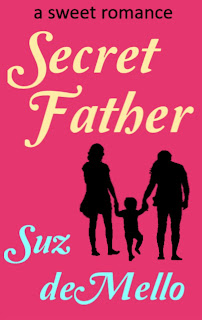 And now...Despite spending her teenage years mooning over Dave, Linda Travers has moved on with her life. Being left pregnant and alone will force that on a gal. Age twenty-five, she lives in their hometown with their six-year-old, Mac. Then Dr. Dave Madsen reappears. He's spent the last years exploring in the Amazon, searching for new plants and medications. A vicious snakebite has left him needing rehab from the only physical therapist around—Linda.

What other readers think of this book:

Five stars! Be sure to read this great book!
--Gloria Antypowich, Amz